Food is more than a means of nourishing and refueling the body.

In many ways, food and the simple act of eating have become outlets for enjoyment and fellowship. The layout of modern houses have even been restructured to an open concept so everyone can be a part of the hub of the household — the kitchen.

“In the 50s and 60s, we used to eat to live, and since then, we’ve changed to live to eat,” Michael Alampi, dining services manager at Masonic Village at Elizabethtown, said.

This shift in dining expectation was first seen in retirement communities, like Masonic Villages, within the last decade, as the number of retiring baby boomers grew.

Food at retirement communities used to be institutionalized and not very appetizing, because taste was not the top priority; nutritional value was. However, the baby boomer generation has reprioritized the flavors in food and made socialization the focus of dining.

Baby boomers have traveled and dined out more than previous generations, and their experiences have prompted their desire for cultural cuisines and hospitable restaurant-like service, Shawn Kaley, culinary services manager at Masonic Village at Elizabethtown, said. These popular demands among recent retirees have incorporated care and variety into dining at retirement communities, so diners can have nutritious food and eat their yummy cake, too.

This idea of all-inclusive appeal can be seen consistently at Masonic Villages’ five locations across Pennsylvania, with plentiful menu selections and various formats of dining, such as made-to-order food, formal sit-down dining, scenic outdoor dining, and casual tavern and pub dining. Masonic Village at Dallas residents have access to the on-site Irem Clubhouse.

The dining locations at Masonic Villages each have their own hours of operation, instead of having a set time for breakfast, lunch and dinner, which gives residents the freedom to pick and choose based on their daily schedules. Some locations have even opted to extend their hours in favor of residents’ convenience.

“These changes have helped to create a relaxed and unrushed dining experience for the residents,” Peter Countouris, director of food services at Masonic Village at Sewickley, said.

In addition to providing residents with variety and convenience, dining staff at Masonic Villages also incorporate fresh and locally grown produce into their recipes as much as possible. Not only can the difference in quality be tasted in dishes crafted from local foods, but residents are consuming more nutrient-rich food because of its quick farm-to-table turnaround.

With new customizable meals available for residents to order at Masonic Villages, made-to-order food is the current freshness fad that allows residents to modify their orders to adhere with food allergens or ingredients they may not like. While enhancing flavor and choice, nutrition remains a priority.

In an effort to keep residents happy and full, the food at Masonic Villages and other retirement communities is changing with the demands of residents, and the options are seemingly endless. 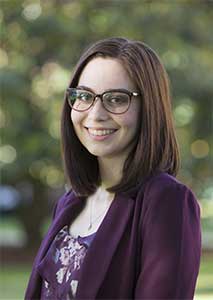 Molly Foster, a senior from Shippensburg University, is a public relations associate at Masonic Villages.