Bryant Mesick has found a common theme throughout his life: he’s been in the right place at the right time – a lot. This blessing resulted in him obtaining a high-quality education, finding his career, meeting the love of his life and moving to the best retirement community.

The good fortune in his life made it easy for him to give of his time to help others through volunteering. His efforts earned him the title of Masonic Village at Dallas Volunteer of the Year.

A resident since 2012, along with his wife, Nancy, Bryant has served on the Social Committee and as a driver for fellow residents with the community transportation program. He also volunteers at the local food pantry.

In 1978, after moving to State College, where he represented a 403(b) plan available to Penn State University employees, he and Nancy joined a small church outside of town. It was there he realized the benefits of volunteering – for himself and others – after he assisted a member of his church. When he learned a fellow member was driving himself 160 miles round trip weekly to Geisinger Medical Center in Danville for X-rays, Bryant offered to drive him.

“In a few weeks, I got to know him and his family, and we keep in touch to this day,” Bryant said. “I wouldn’t have done this if I just said, ‘Hi,’ at church. It’s the same here at Masonic Village. We are indeed members of a community. There are many interesting people with unique backgrounds.”

He was also named Volunteer of the Year in 2011 at the Pennsylvania Military Museum in Boalsburg, Pennsylvania. He conducted tours of the 28th Infantry Division Shrine and armored vehicles on the grounds and worked on children’s initiatives. He volunteered with the museum from the early 1990s until 2013, and he also volunteered with Rotary for 10 years.

Volunteering is an extension of Bryant’s 60-year involvement with the Masonic fraternity.

“I was always close to my grandfather, and I knew he was a member,” Bryant recalls. “I turned 21 and automatically asked to join. By age 21 and three months, I had my first degree and became a member of George M. Dallas Lodge No. 531 in 1961. I immediately got involved in degree work and found it easy to memorize. It flows like good poetry. When I’m not too lazy, I now can walk to the lodge in 30 minutes from my front door.”

A Pathway to Service

Bryant’s grandfather had perhaps the last wholesale natural ice business in the area. The industry was on its last legs after World War II, but Bryant remembers it with nostalgia. He grew up eight miles from Masonic Village at Dallas, and you can find his pond about two miles from Harvey’s Lake down Harvey’s Creek.

His family moved to Pottstown when he was 10 years old. The town was home to The Hill School, a nationally ranked private school. Bryant was always an avid reader and received a scholarship to The Hill. He attended as a day student for four years and graduated in 1958. Another case of being in the right place at the right time, he lived close enough to walk to school.

He worked for several years after graduation and entered Drexel Institute of Technology in 1962 because of its co-op program, through which he would go to school for six months and then work six months.

In January 1963, Drexel was chosen to go on the General Electric (GE) College Bowl program, a quiz show broadcast live nationwide Sunday afternoons on CBS (see Bryant with his team to the right). GE put them up at the Waldorf Astoria and picked up their expenses. They beat Mississippi State University, West Virginia University, Simmons College, Knox College and Texas Tech and retired undefeated – right place, right time.

In the spring of 1966, Bryant was scheduled to graduate and enter the Army via ROTC. One day, the colonel in charge called the whole ROTC class together and informed them their contracts had been cancelled, and they had no obligation to serve.

Bryant, once again in the right place at the right time, was able to reconnect with job offers he had turned down because of the ROTC obligation. He accepted a position with New Holland Machine Division of Sperry-Rand and moved back to Pottstown. A fellow 1958 Hill graduate, Mike Pentz and his wife, Peggy, told him about a teacher who was single and gave Bryant her phone number. The number belonged to his current wife, Nancy, making him especially glad he ended up back in Pottstown instead of Vietnam.

He later worked for Drexel before taking the job in State College, where he and Nancy raised their three children. Bryant retired in 2009. Soon after, he and Nancy, who was from Nescopeck, heard about the Masonic Village at Dallas.

“We looked at each other and said, ‘Let’s go home,’” Bryant said. “It’s a great location. In 12 minutes, I can walk to Misericordia University, which has a fantastic bunch of resources.”

Once again in the right place at the right time, Bryant is also able to explore his other favorite hobby: getting to know people. As part of the Social Committee, before the COVID-19 pandemic, Bryant and other members started a group called Let’s Talk. During each meeting, a resident was invited to speak about him or herself, while others asked questions.

“I’ve read obituaries of people I knew and learned things I wished I had known about them when they were living,” he said. “Volunteering is a great way to get to know someone better.”

When You Know, You Know 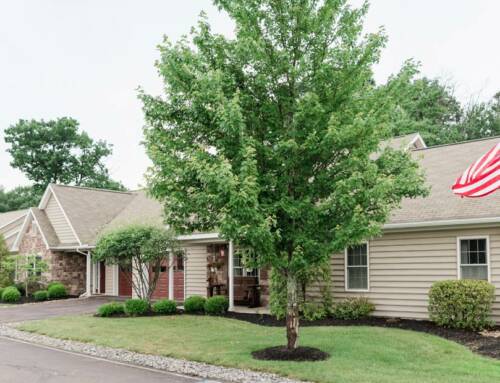 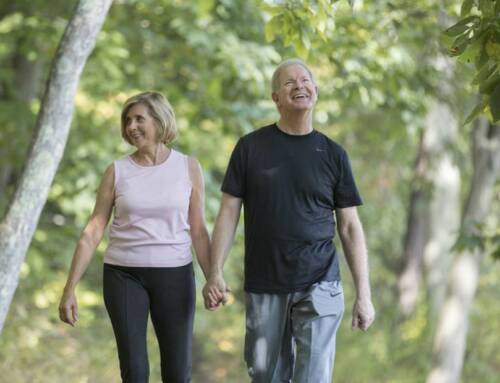