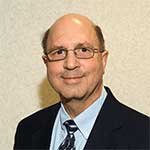 About the Author – This “Health Update” was written by J. Kenneth Brubaker, M.D., C.M.D., medical director at Masonic Village at Elizabethtown.

During the past 50 years, our understanding and knowledge of aging has increased exponentially. For example, many researchers historically acknowledged a person’s genetic makeup had a strong influence on longevity. Recently, we have learned genetics play less of a role, and physical, emotional and spiritual health have a more important influence on successful emotional aging (SEA).

In his book, “Blue Zones,” Dan Buettner has demonstrated, when looking at longevity and SEA, centenarians (those who live past age 100) living in different places throughout the world share a lot in common. Most centenarians have developed the ability to appreciate different points of view which have enabled them to adjust to the many unexpected changes and challenges throughout life. SEA includes amassing a significant amount of wisdom as a result of previous failures and successes accumulated during a lifetime. Having the ability to learn from past experiences better prepares aging adults to successfully manage future stressful events.

Physical health and intentional regular exercise play an important role in SEA. Buettner learned the majority of centenarians were physically active, but their activity was a normal part of their daily living. Most groups of centenarians he identified throughout the world didn’t have an opportunity to exercise at a fitness center in order to maintain good physical health. Their exercise was, instead, closely related to their purpose-driven life goals. For example, the Sardinian centenarians in Italy got their daily exercise tending their goat herds in the hills and mountains around their farms. Their goat herding responsibilities were very important in providing adequate food for the centenarians’ extended families.

Diets were very similar among the groups Buettner observed. Populations with a higher proportion of centenarians living in their communities mainly consumed fresh vegetables, grains, nuts and fruits. Eating meat was usually the exception rather than the rule.

Prevention continues to play an important role in physical health. Treatment of hypertension, obesity and diabetes are all vital. Taking vitamin pills offers limited value, assuming a person eats a balanced diet. Increasing scientific evidence; however, reveals regular intake of omega-3 and vitamin D supplements are essential for optimal brain function. Both are commonly lacking in our diets or in our lack of exposure to adequate sunshine.

A summary of key lifestyle patterns of SEA:

While all of these characteristics are important, I believe the cornerstone to SEA is a life which has PURPOSE in living and includes serving others in our communities and world.